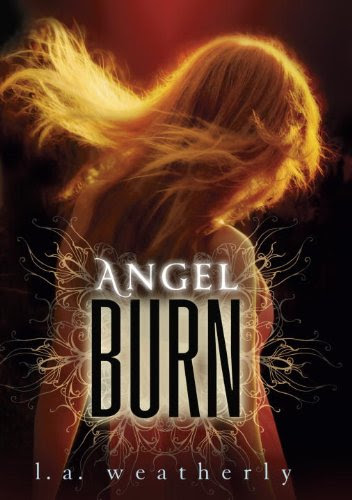 Time travel is always really hard for me to grasp. I end up trying to overanalyze it, so I can’t get into the story. Not with John Connor (even though I can’t quite understand how his dad is from the future and if he hadn’t been sent back to protect Sarah, then John wouldn’t have been born, but then his father dies in the past, so how is he in the future to be sent back if he is already dead?). The logistics don’t matter with John Connor’s story because the action is so gripping, I find myself sucked into the story completely and swallow everything no matter how far-fetched.

In John’s story, we see the world after the worst has happened. Humanity is almost obliterated by monstrous machines. But we still have hope. If John can only stay alive, he will eventually defeat the machines. Because he is the only hope for humanity, Connor’s character is infamous.

I have never come across another character quite like John Connor in literature. I’m not making that leap with Angel Burn, either, but it comes pretty close. Willow and Alex are unlikely allies in this sci-fi/fantasy thriller by L.A. Weatherly. Alex is a super-stealth hit-man for the CIA with heavy baggage from his past. Willow is a tomboy, psychic who has always taken care of the people she loves.

The two come together through a manipulation of the angels, the unseen enemies poised to destroy humanity. Alex and Willow must join forces to fight them, or all humanity will be lost to the insatiable hunger of thousands of angels. Although there is no time travel in the book, several characters can see the future. Thus, they have the ability to change possible outcomes.

I enjoyed most of the book. Alex and Willow are interesting, compelling characters on their own. The fast pace begins with action, mystery, gun fights and espionage, not to mention fast cars. After a break in the action halfway through, it flies to the end with no time to take a breath. Willow is set up as the John Connor of her world with Alex as her Arnold (a.k.a. the GOOD Terminator). You will want to read the next book in the series as soon as you finish.
Posted by Mrs. Darling at 1:43 PM No comments: