We've been using Pam's printables from Over the Big Moon. 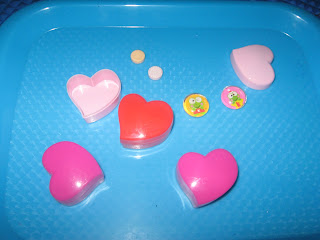 Hidden object hearts. Bobo had to shake the hearts and guess what was inside. He was disappointed they all didn't have candy. 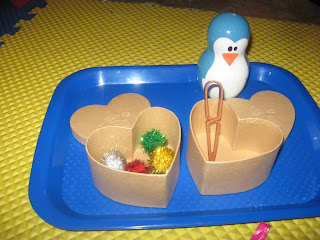 Transferring poms with tweezers (from the Zombie Lab set). Bobo also transferred the poms into his penguin nesting doll. The baby penguin was too small, so we had to hunt for something small enough to fit. 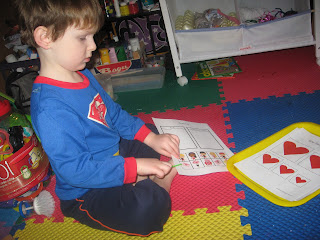 Cutting tray. Bobo loves to cut the little people out. 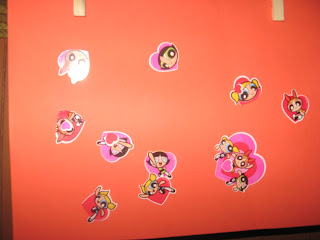 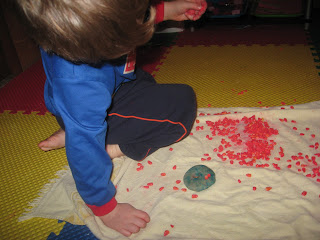 Homemade Cinnamon play dough. It was supposed to be purple, but we were out of red. We made a really ugly grayish color. Bobo added blue before playing with it and made a marble effect. He dumped the painted corn kernels to push into it.

Fun with science. We had bath tub science this week, so no pictures. Bobo mixed colored vinegar with baking soda. Then, he made color bubbles by spraying colored water in the bath. That led to spraying himself different colors. Lots of fun with rainbows!