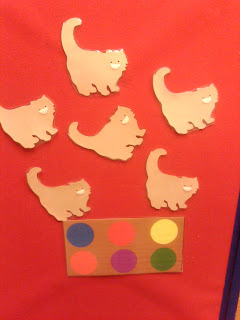 
"Rainbow Kittens" is a favorite of mine. This is the third version I've used since starting at the library. Miss Angela used our cat Ellison die-cut and laminated them. I like how she cut the hook and loop circles to look like a smile.

I don't usually use a rhyme with this story. First, I put out the colors and we say them all. Then, we count the kittens as I put them up. This week, I asked "What baby animal is a kitten?" Finally, the kittens get into some trouble. 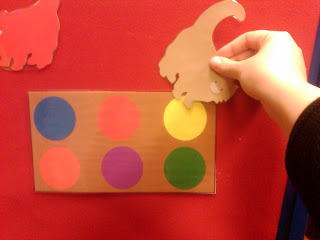 First, the kitten is tentative and puts in a paw. Then, "OOPS!" he fell in and turned... 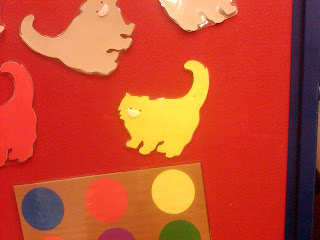 Giggles erupt each time this happens. When all the kittens fall in and change color, they set off to find their mama forming a kitten rainbow. 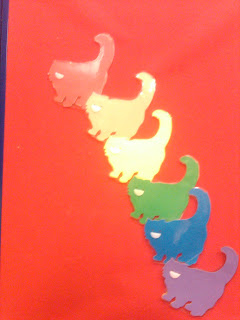 When mama sees the kittens, 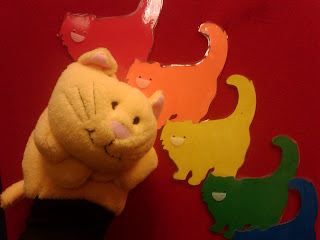 She has to give each a bath. But cats don't take baths like people do, 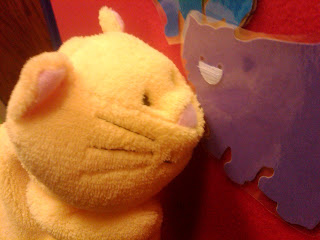 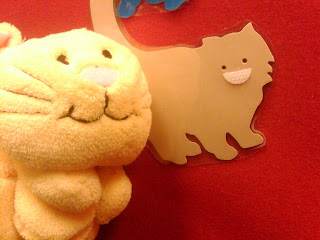 The books I read for our Rainbow storytime:
A Rainbow of My Own by Don Freeman
My Many Colored Days by Dr. Seuss
Red, Blue and Yellow, Too! by Scholastic- I read this to the older children. The illustrations are balloon animals!
What Makes a Rainbow? by Betty Ann Schwartz
Duckie's Rainbow by Frances Barry for the babies.

Storytime ABCs is hosting this week.